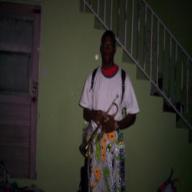 I'm a 19 year old draughtsman who plays trumpet and tuba. I may appear boring at first but once you get to know me i'm pretty fun to be around.