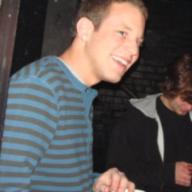 I am a typical college student. I work hard and play harder. My major is criminal justice administration and organizational communication is my minor. I currently work as a tutor in the talent development center. I also sit on Greek council, student senate, Army ROTC, college libertarians and am the Greek organization representative for the resident life association. Outside of school, I love to play Xbox, hang with my group of friends, travel when I have the money and watch movies (although I am told I have odd taste in them). Back home, I have two Lhasa Apso's (breed of dog) named Charlie and Simba that I love to death. My parents are wonderful and supportive people that I do not get to see nearly as often as I would like to anymore.