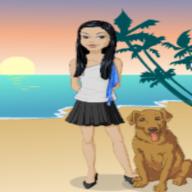 I'm just a typical hardworking 24 year old girl that's just trying to get by. I realize that sometimes life is not perfect and that kindness is a rarity. I've always been the underdog all my life. So I guess you could say I have a soft spot for the little guys.