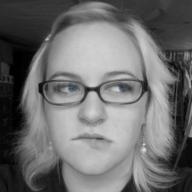 I'm a musician.... I like answering questions about music, military, culture, cats... random stuff. I love alt, indie, grunge, punk, hardcore, metal, prog, almost any rock music! I lurk R & P like no other. Groups: Billy Talent!!!, Incubus!!!!, QOTSA, RATM, Faith No More, The Strokes, The Fratellis, KOL, .... I'm not going to bother to mention all of it. Way too much. People call me strange, and they are right. : ( I'm in college, but taking a semester hiatus to sort things out, I'm addicted to video games, guys, practicing, and friends. Oh! And one last thing: I don't care what you think, unless you have something positive to contribute. So don't even bother if you an annoying little turd who thinks they know it all, because nobody does.