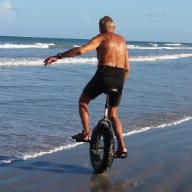 Hear O Israel, the Lord thy God is One. In the beginning was the Word (Jesus) and the Word (Jesus) was with God and the Word (Jesus) was God. And the Word (Jesus) was made flesh and dwelt amongst us. Jesus said if you have seen Me then you have seen the Father. (Jesus said) I and the Father are One. Isaiah prophesied His coming - saying He will be called Everlasting Father. Jesus said, before Abraham was I Am. And Moses said unto God, Behold, [when] I come unto the children of Israel, and shall say unto them, The God of your fathers hath sent me unto you; and they shall say to me, What [is] His name? What shall I say unto them? And God said unto Moses, I AM THAT I AM: and He said, Thus shalt thou say unto the children of Israel, I AM hath sent me unto you. For there are three that bear record in heaven, the Father, the Word, and the Holy Ghost: and these are One. And there are three that bear witness in earth, the spirit, and the water, and the blood: and these three agree in one.