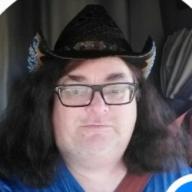 I am changing my Q & A's to more reflect common sense than emotions. lets see how i do. About me so there is no mud slinging. 45 Male White No party member (thinks politics is a team mentality sport anymore) Father of 1 daughter and 5 boys. Married, Happly. been divorced and have ex's from hell. (we all do) Believe in gun rights. Believe in you do the crime you do the time. only racist to those who make racist remarks, of any race. Work (45-65k year) HS, Some Tech school, some college classes. Army, and from a Army Family of several Generations. American (part German, Scottish, Cherokee) Thinks everyone should own a gun (if you have a unloaded pump shotgun no one is gonna stick around to see if its loaded when they hear that clicking sound that EVERYONE knows)