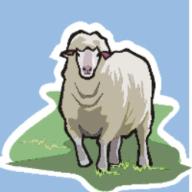 Even though I am an adult, I love science fiction, comic books, animation with the now cancelled Justice League and Justice League Unlimited as my favorites. I love Batman and Hawk Girl. I also love Wolverine and Storm from Marvel Comics. I also read with the last book I read being Green Lantern: Hero's Quest by Dennis O'Neill and try to write some. I also cook some, with pastries being my favorite to try.