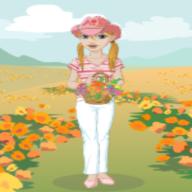 Hello fellow Yahoo Answers addicts. I am a 58 year old mother and grandmother on disability retirement. Entered cyberspace world in October 2006 and quickly become addicted to it. Recently got upgraded from dial up to DSL which makes life in cyberspace so much better. Have to ground myself from the computer on occasion to catch up with my housework. I live in the backwoods of the Ozark Mountains and really enjoy the peace and quiet. I spent 20 years in California working as an RN and would still be working in the field if I were physically able to.