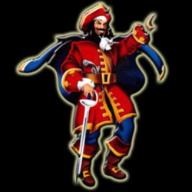 I love telling a joke to 30 people, having 10 of them not realize it was a joke at all, having 10 know it was a joke but not get it, having seven be offended and outraged and call me the devil, and having three laugh till coke comes out their noses. It's the most efficient way to find the three people in the room worth talking to.