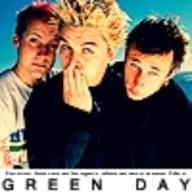 i am Aitou of the Sweet Children. this was my old account 1 year ago...then i made that new one. it is now deleted due to unknown reasons. As many can tell, i like Green Day. I will outright get all blackhawk on you if you bash green day. but lately i just get pissy because i am sick of defending green day every time i get on here. don't call me a teenie or i will report you. flat-out. i am the infamous ila reto from the green day community (GDC). you can count on all the stuff i say about green day to be pretty acurate and up to date. I do not start rumors but have been known to confirm/de-confirm them. i have met many great people on Y!A, and i feel like many agree with what i say, and vice versa. if you have a problem with me, then don't go reporting me just because you dont agree with what i do or say. keep those opinions to yourself. you may know me as Alanna, Aitou of the Sweet Children, Armatage Shanks, and ila Reto.