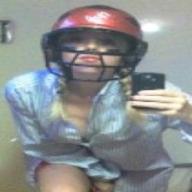 Ephesians 6:24 Grace be with all those who love our Lord Jesus Christ with incorruptible love. From a youth pastor to me "well, I can't teach them that, they aren't smart enough to learn that..." James 1:13 Let no man say when he is tempted, I am tempted of God: for God cannot be tempted with evil, neither tempteth he any man: Ps 63:3 Because your love is better than life, my lips will glorify you. "All that we call human history--money, poverty, ambition, war, prostitution, classes, empires, slavery--[is] the long terrible story of man trying to find something other than God which will make him happy." --Mere Christianity Luke 22:32 But I have prayed for thee, that thy faith fail not: and when thou art converted, strengthen thy brethren. “Girls have an unfair advantage over men: if they can't get what they want by being smart, they can get it by being dumb.” - Yul Brynner