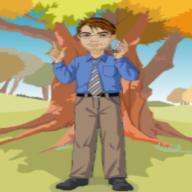 My name is Thomas age is 23 and I am a History major/English minor at CSULB. I am a conservative and a Christian. I'll try and put a lot of thought into whatever questions I answer. I am proud to be American and hope to help ya out. Feel free to e-mail me.