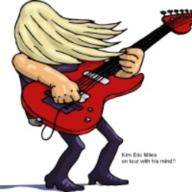 I'm a Christian who will fight anyone and everyone who wants to take my God given American rights away!!