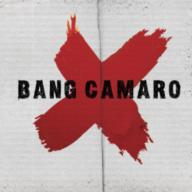 I'm James. Music is my passion. I play guitar and trombone and I dabble a bit in drums too. I may not be coming to Yahoo! Answers as much anymore, but I'll check my email every so often if you drop something there. I actually started participating here on February 6 2008, but my last account was deleted when I was at level 4 with 3127 points. Feel free to add me, no emailing beforehand required. See the last.fm link below for my favorite music. Here's my Youtube. I upload tons of music, check my playlists: http://www.youtube.com/user/JamesIsMyNamo2 And here's my Last.fm: http://www.last.fm/user/Jamesismynamo