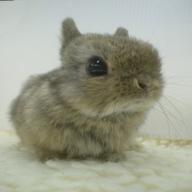 26 year old dude, I do not believe in a God, but every existing religion has a part in my beliefs. I'm currently learning Pikan scripture that will never be written. As a Pikan, I believe that love conquers all, it is the key to peace, and can be found in a huge number of ways. That includes Theistic religion. However, Theistic religion is only a path to love for those who follow that path. All too often it is a path to hate and intolerance instead. I believe the correct way to bring order to this is to create a loving parallel between oneself and another. Keep true to yourself, but allow another to see there is room for their opinion in your own. Embrace what is similar, and soon you will embrace them entirely. This is the basis of Pikanism. FOR RELIGIOUS TOLERANCE ((((hugs)))) Lucky Bunny - Straddling worlds Guide to Pikanism: http://www.pikanism.co.nr